In the first few weeks of being new parents, my wife and I experienced a phenomenon we dubbed Blanket Baby™. Blanket Baby™ occurs when our real life newborn human daughter would start crying in the middle of the night, and in an extreme state of exhaustion, we would turn not to the bassinet where our actual real life child slept, but to the blanket we’d been sleeping under that was now balled up in our arms, and hallucinate that this duvet cover was our daughter.

She has her mother’s eyes.

“Shh! There, there, sweet child, fear not, for your responsible parent is here,” we’d say to the blanket. But the blanket could not be soothed by such statements, as it is not a sentient being, and the real life baby in the room would continue to wail. My wife and I would sometimes wake each other up, soliciting for help in getting this 500 thread count assemblage of cotton fibers to calm down. “Parenthood is hard!” someone would always mumble.

And yes, parenthood is hard. But it is harder when you mistake your child for linen.

“Why isn’t she latching?”

To paint the picture more clearly, we live in a small East Village apartment, and our bedroom has a sleep loft. So under no circumstances would the baby ever be in bed with us. She could fall out. She sleeps in a bassinet under the ladder to our bed. 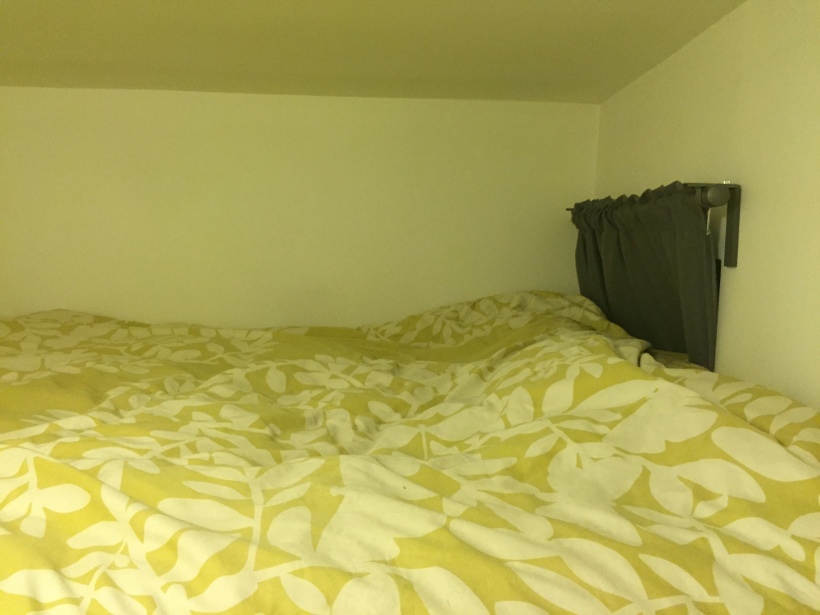 Despite that logic, we still believed the baby was sleeping with us. In those tired moments we’d see a face on the blanket. Blanket Baby™ would be squirming around, looking for food and comfort. Its true form of a blanket had not yet revealed itself. And sometimes we’d be caught between the two realities. One of us would ask the other to look after Blanket Baby™ while we went and checked on the other much more real life baby in the bassinet. I imagine this was what having twins is like.

On one of these nights, my wife woke me, and said it was my turn with Blanket Baby™, as she was at her wits end. But I was more awake than her, and aware that we were hearing our real daughter crying from her bassinet below our ladder. No where near my wife’s arms in bed. Yet, I was also too tired to explain to my wife that she was Blanket Babying™ super hard. So instead of saying something, I swatted at the blankets demonstrating that it was only a Blanket Baby™, and not a real baby.

To a half asleep mother, it appeared I just casually struck her crying baby in her arms. My wife was horrified. Horrified. As she readied herself to go into Mama Bear mode, protecting her blanket cub, and fueling her body with the adrenal brawn capable of lifting a bus off of a trapped toddler– she realized… yup… Blanket Baby™.

Hindsight, that was probably a lot like waking a sleepwalker. Not a good idea. I should’ve just taken Blanket Baby™ and changed her diaper as always.

Since then the Blanket Baby™ stage has passed. Our daughter has been sleeping longer, giving us more rest and fewer hallucinations. But, we’ll see what the future holds.

They grow up so fast.

One thought on “New Parents”