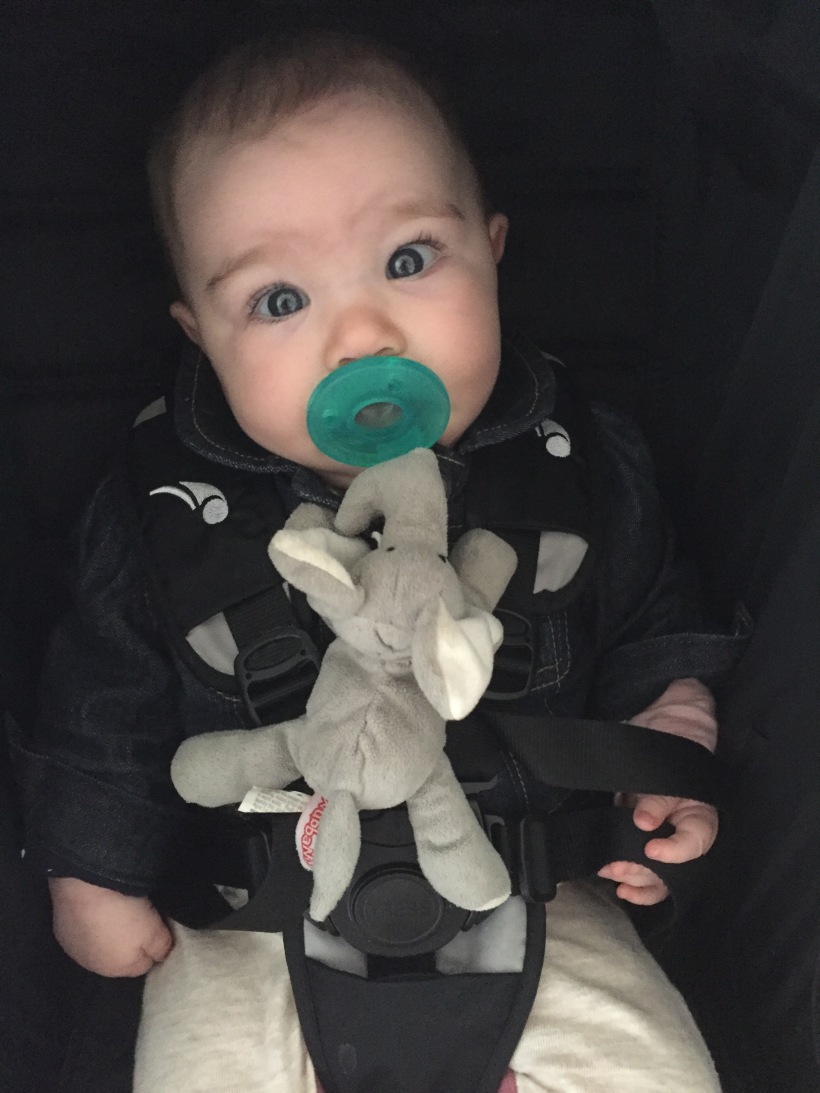 At my daughter Hazel’s 15-month-checkup her doctor suggested we start phasing out the pacifier.  She doesn’t have any ole pacifier that you see on the streets, no, no.  Her pacifier is a Wubbanub™ elephant that we renamed Dave, because Wubbanub™ is far too frivolous a name.  To give you perspective on this “phasing out” suggestion, Hazel’s first word was “Mama,” her third word was “Dave.”  Dave is one of the only reasons why our daughter sleeps well at night.  So, unlike Dumbo, this wasn’t gonna fly.

For those not in the know, a Wubbanub™ is a mini-stuffed animal attached to a pacifier. Hazel has had two so far. The original Dave’s pacifier broke off through wear and tear, and he became a regular stuffed animal. Hazel didn’t give him a second thought once it was gone, especially since a New Dave had arrived via Amazon in advance of Old Dave’s pacifier slowly breaking off. Old Dave was relegated to a shelf alone and neutered.

During a trip to Washington D.C. Hazel lost New Dave.  You see, although she loves Dave, like any relationship it gets rocky.  In a show of stoic independence she might hold Dave out for the world to see, and make a big show of letting him drop to the ground as if saying “I don’t need no elephant. I’m my own woman.”

I got the call from my wife that New Dave was gone, victim of a whimsical Hazel mic drop somewhere along the National Mall. It was the last day of their trip, they’d be home in 4 hours. Hazel’s bedtime was in 6 hours. I had to think fast.

So I grabbed neutered Old Dave off the shelf and zip tied one of Hazel’s old pacifiers to his elephant trunk.  Old Dave was now The Six Million Dollar Elephant. And I am now an unlicensed plastic surgeon for stuffed animals.

When Hazel got home, cranky from a four hour drive without Dave, I presented her with New Old Dave. She gave Old Dave a measured look, the way two exes might when they haven’t seen each other in a while, one of them noting that the other has been hitting the gym hard. Then she pointed and used her sixth word: “Wow!”

And there we were being told Old Dave has to go.

Ok, so imagine Old Dave’s perspective, which shouldn’t be hard, we’ve all seen a Pixar movie. You’ve been with this little girl since she was born.  Anytime she’s upset she reaches for you. During the long nights when she has a bad dream, holding you is the first thing she does to make the tears go away.  Then one day, you feel your pacifier is loose and see the rubber is starting to crack. A doctor tells you it’s a matter of when, not if. A week later it’s gone. You’re half the elephant you were a day ago.  You can no longer help the little girl, and then this New big-shot Dave strolls into town. And you sit on a shelf, watching as he does his best impression of you. You think this is it. At least she’s happy. Maybe you’ll join the Marines.  But then the little girl goes on vacation, and New big-shot Dave runs away, either with another younger girl he met in a sandbox, or off to work in the office of a Jr Senator who has big ideas.  And who’s there for this little girl?  You are.  You make a deal with the devil and some mad scientist makes you whole again, hands you back to the little girl, and things go back to normal, maybe even better than they were before, because she mic drops you less.  And then this doctor says you need to be “phased out”?  Screw you, lady!

Now imagine our perspective, which is: we need sleep, lady!

Our doctor, who by the way, showed up at the hospital at 7am after Hazel was born wearing a sweater made of metal like she had just come from either a renaissance fair or a rave, is telling us Old Dave needs to go?  That sweater needs to go.

We all wake up tired the next day.  Very tired.  And the reason why we’re tired becomes clear. Relying on just Dave, with no plan B to help our daughter sleep through the night maybe isn’t the best idea.

Do we do the hard thing and get rid of Dave?  Nope, didn’t even cross our minds.

I go into Hazel’s stuffed animal selection and find her monkey, Jellycat™ (who, yes, also has a frivolous name, but by the time she was on scene we’d given up on things like combatting frivolity).  Jellycat™ is bigger than Old Dave, and more importantly cannot fall through her crib bars.  I grab one of Hazel’s old pacifiers and zip tie one to Jellycat™’s hand.

Am I drunk with power as a plastic surgeon? A bit. Am I not worried about the medical board finding out about what I’ve done?  How could they arrest me when they see all the good I’ve done my patients? 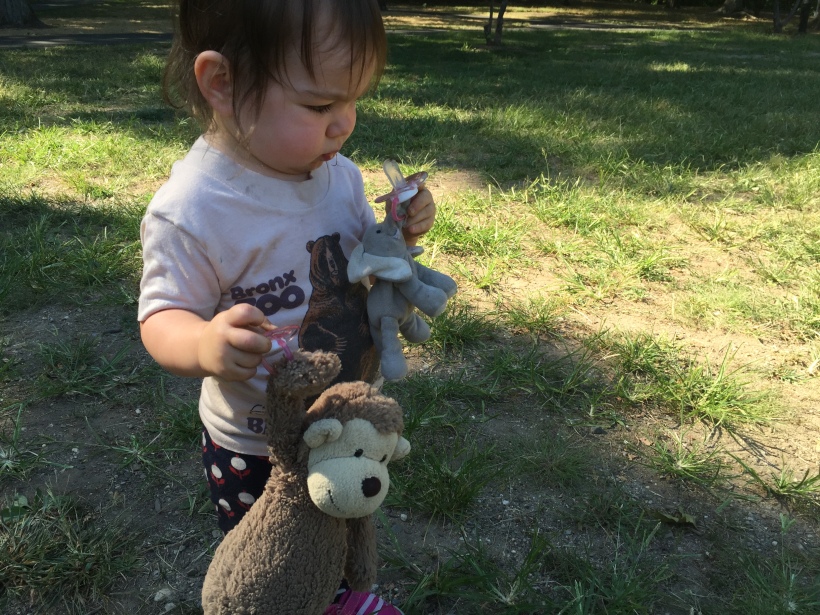 There was a period of growth.  Hazel cried the first time she saw Jellycat™ with a pacifier tied to its hand.  Old Dave had to learn he couldn’t do it all on his own, and that’s probably why his first pacifier fell off in the first place.  And Jellycat ™, well, Jellycat™ was happy to live life with only one hand free for the 500% boost in popularity she gained with Hazel.

Will we mention we did this to our doctor?  Probably not.  Sure it’s a step in the wrong direction, like our doctor’s sweater choices, but Old Dave’s part of the family now.  And so is Jellycat™. I’ll admit my role of Dr Frankenstein, and playing god with stuffed animals was thrilling, but I think I’m done for now… or if I’m not done, I won’t do anything crazy with the god like power I wield… like zip tie a pacifier to a book on Quantum Physics so my daughter falls in love with science like she has these stuffed animals… unless we all agree that we should try it because what if she wins a Nobel Peace Prize.

One thought on “Pacify”